The Muscle Shoals school board voted to fire him because of 'improper conduct.'

This story is revised to reflect the entire discussion WAAY 31 had with Muscle Shoals Superintendent Dr. Brian Lindsey.

More than 1,400 parents in the Shoals have signed a petition in a show of support for a fourth grade teacher, who was fired by the school board for improper conduct.

Fourth grade teacher Blake Jarmon was placed on paid administrative leave from McBride Elementary School in November, pending the outcome of an internal investigation according to the superintendent.

Last week the board voted to fire Jarmon. Since then, parents have signed a petition to get him back in the classroom.

"He loved Mr. Jarmon. He said Mr. Jarmon was his favorite teacher he's ever had," said Michael James, whose son was in Jarmon's 4th grade class at McBride Elementary School in Muscle Shoals. "He was a wonderful math teacher. My son's math grades excelled under Mr. Jarmon."

James said his son came home upset one day from school and told him the principal at McBride had questioned him about Blake Jarmon, which was shocking to James because he never gave his consent as a parent for his child to be questioned.

"He was asked a series of questions by Mr. [Alan] Willingham, the principal, that could only be interpreted that Mr. Jarmon had done something inappropriate," said James.

WAAY 31 called Muscle Schoals Superintendent Dr. Brian Lindsey to ask him about the investigation into the fired teacher. During that conversation, we asked if he knew the principal had interviewed students about Jarmon. He originally said he did not to his knowledge. Shortly after our story aired, Lindsey contacted WAAY 31 to say there was a miscommunication. He later stated he did know Willingham interviewed students as a part of their investigation as a guidance counselor witnessed each conversation. When we asked Lindsey whether or not parents must consent to interview students, Lindsey said that is not the policy because it was a school mattter.

When WAAY 31 asked why Jarmon was fired, the school district told us it's a personnel matter and couldn't give details. James said his son wrote a letter defending Jarmon.

"He wrote Mr. Willingham a letter afterwards to explain that Mr. Jarmon never did anything to him that was inappropriate or made him feel uncomfortable," said James.

The school system told WAAY 31 once they were made aware of some allegations against Jarmon they contacted the Department of Human Resources to investigate. James tells us they still don't know what Jarmon is accused of doing.

"We're not hearing anything from the school. All I can go by is what other parents are telling me," said James.

Parents have now started a petition to get Jarmon's job back. It has over 1,400 signatures. Parents like James just want answers as to why Jarmon was fired.

"What happens to my child at that school is very much our business and we should be informed. We need to be in the know. I believe the school system has failed us," said James.

WAAY 31 did ask the superintendent what their internal investigation on Jarmon found. He told us they are going with the advice from their attorneys and cannot comment on what lead to Jarmon being fired, but said the decision was made in the best interest for students. 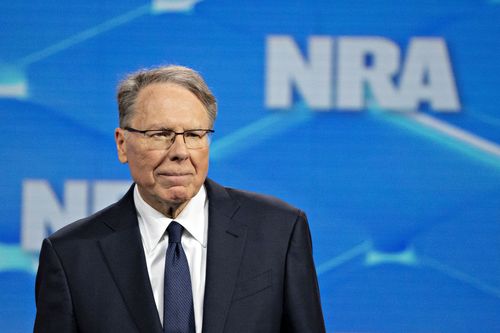